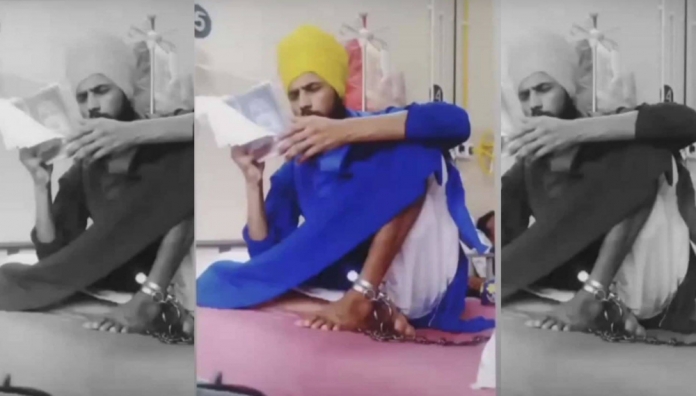 AMRITSAR, PUNJAB (KP )- Malkit Singh ‘Shera’, a Sikh youth who was arrested by Indian authorities in September 2019, but never put on trial, has died under police detention due to underlying health issues and possible mistreatment by authorities.
­
Police claimed that Shera was allegedly involved in a plot assassinate Sukhbir Badal, the son of the former Punjab Chief Minister Parkash Badal for his involvement in the desecration of Saroops of Sri Guru Granth Sahib Ji.
­

According to the Sikh Press Association (UK), Malkit Singh Shera was reportedly tortured by authorities and denied medical check that lead to his death.

He was currently being kept at Amritsar Central Jail and was just recently moved to Guru Nanak Dev Hospital due to his deteriorating health.

Malkit Singh Shera had petitioned for bail initially at the High Court and then with the Supreme Court but both had rejected his applications.

Indian authorities have been systematically harassing and torturing Sikh youth across Punjab for many decades using various draconian laws under the pretense of national security and raising alarms with Human Rights organizations.