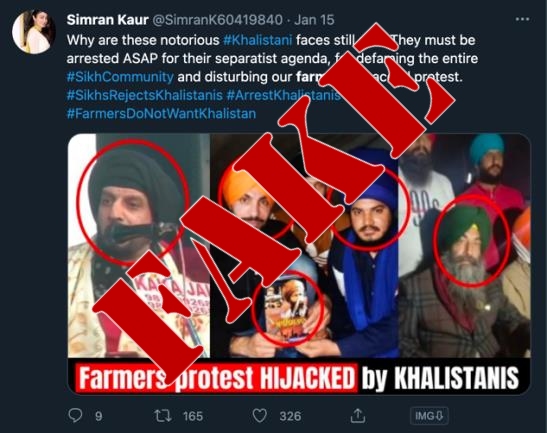 LONDON (KP) – The UK based non-profit, the Centre for Information Resilience (CIR), exposed a coordinated effort by Indian nationalists that setup hundreds of fake social media accounts and pages to malign and defame Sikh organizations, the farmers protest, and Sikh activists by labeling them as terrorists and extremists on the world stage.

This is perhaps the most in-depth analysis and exposé by an independent body to research and uncover the continuous manipulative and nefarious efforts of the anti-Sikh, anti-farmer and anti-minority cadre that function under the tutelage of the right-wing Hindu nationalist government of Narendra Modi.

The CIR is an independent, non-profit social enterprise dedicated to identifying, countering and exposing influence operations, and works to raise awareness among policymakers, journalists and the public of the risks posed by influence operations by hostile actors, including malign states and “domestic disinformers”.

After the release of the CIR report, many of the accounts identified in the research were subsequently “suspended for violations of policies prohibiting platform manipulation and inauthentic behavior.”

Below is a summary of the findings in the CIR report “Analysis of the #RealSikh Influence Operation”.

Full version of the CIR report is also available at the end of this summary.

The network of fake accounts

The network of fake accounts A coordinated influence operation on Twitter, Facebook and Instagram is using fake personas acting as influencers within the Sikh community to discredit the push for Sikh independence, label Sikh political interests as extremist, stoke cultural tensions within India and international communities, and promote Indian Government content.

That core network of fake accounts comprises of:

Out of all of the accounts, 14 fake personas had accounts on all three platforms, using the exact same names, profile images, cover photos and same posts.

The fake accounts claim to be both “Real Sikhs” and “proud Indians”. They use profile pictures stolen from celebrity social media accounts, use names common in Sikh communities to appear as legitimate members of the Sikh community, and are brazen in their calling out of whether someone is a “Real Sikh” or a “fake Sikh”. The fake accounts do not show signs of automation, but rather appear to be human-operated, acting as ‘sock puppet’ accounts with the same personas replicated over multiple platforms and repeating the same content. The core network is supported by a large network of authentic accounts which primarily identify as Hindu nationalists.

Narratives promoted by the fake network

The accounts target their content at numerous issues, but primarily use the Khalistan movement to claim any notion of Sikh independence is extremist and terrorist related, that Pakistan is fuelling Sikh independence movements in India, and that western countries (namely the UK, US and Canada) are harbouring Sikh terrorist groups. The network uses hashtags related to Khalistan and terrorism when commenting on significant issues in India and abroad to target Sikh independence, farmers’ protests, activists and more. 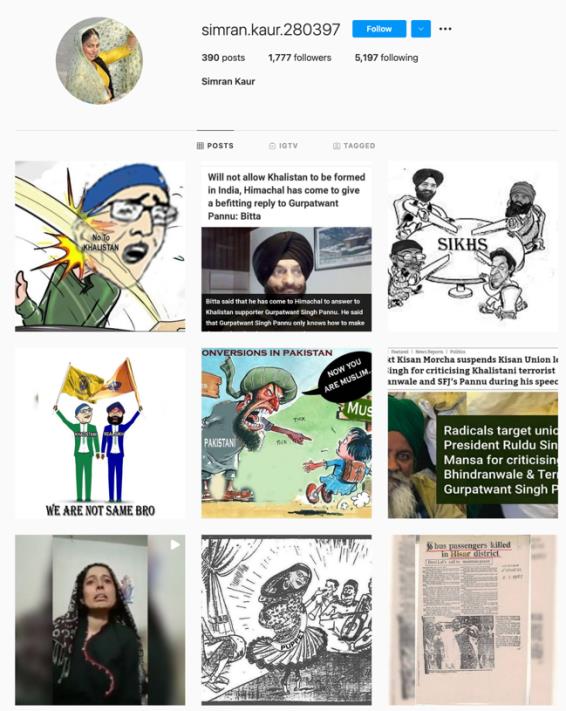 Some of the fake network’s messaging included statements calling for action such as Indian “Nationalists shouldn’t remain watching silently” and that they “need to counter & expose them [ the Khalistani movement for Sikh independence]” to “save India” from “Pakistan, Canada, UK, and US”. The network increased its activity since the commencement of the farmers’ protests in India which have been ongoing since late 2020. Both the farmers’ protests and the Khalistan independence movement have been the two most frequently targeted subjects of the core network of fake accounts.

The political and information context

The farmers’ protests have been an ongoing protest movement in response to legislation relating to farming passed by the Indian Government in 2020. In November 2021, the Indian Government announced the repeal of the laws amidst mounting pressure and scrutiny over the laws. The laws were contested by farmer unions claiming they were ‘anti-farmer’ as the laws put farmers ‘in danger of becoming captive to companies’ and that farmers would be left worse off.

Our research has exposed an inauthentic influence operation that is using fake accounts in a coordinated manner across multiple social media platforms to promote narratives and content arguing that Sikh independence is not compatible with either the values of a “real” Sikh, Indian national interests, or support for the current government and that anyone advocating independence is an extremist or even a terrorist.

Many of the fake accounts in the core network identified in this research used images of celebrities as their profile pictures. While an initial image reverse search did not reveal the same images immediately, after repeated searches of similar looking people we were able to identify the exact same images used by the celebrities and confirm that the image was indeed fake. 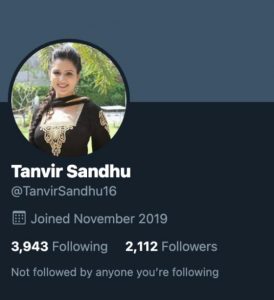 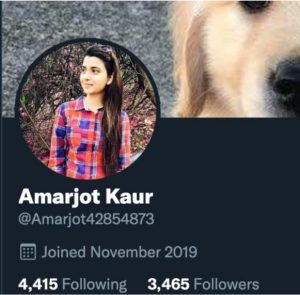 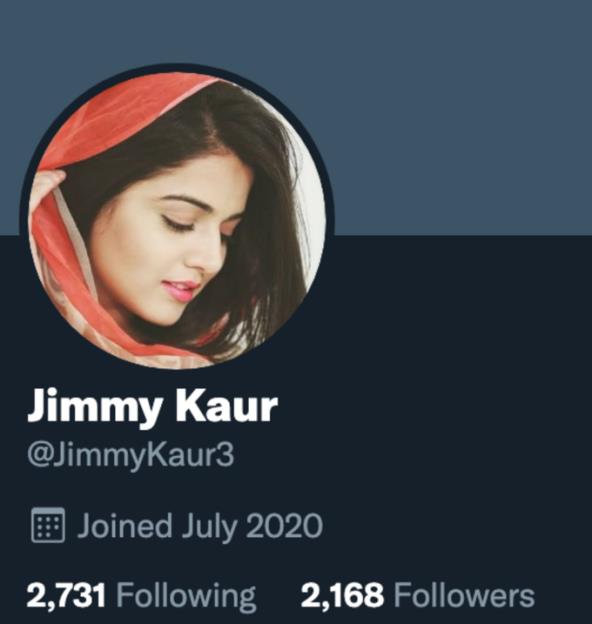 Use of English for all posts by fake accounts

Much of the content seen on Twitter, as well as the other platforms, was posted in English. While the research was conducted in English, reviews of the main influencer accounts identified very little content posted in Punjabi. This may either be due to the targeted audience of the network being non-language specific (using English rather than specifically Punjabi or Hindi), or because the people operating the Sikh influencer accounts are not able to write sufficient text in Punjabi.

Prior to publication this report was shared with teams from Twitter and Meta that specialise in threat intelligence and influence operations. The platforms identified in this report where the fake network was visible have policies governing their use, specifically around platform manipulation and spam (as seen on Twitter) and inauthentic behaviour (as seen on Meta). After reviewing the findings of this report, the accounts identified and analysed in this research have subsequently been suspended for violations of policies prohibiting platform manipulation and inauthentic behaviour.