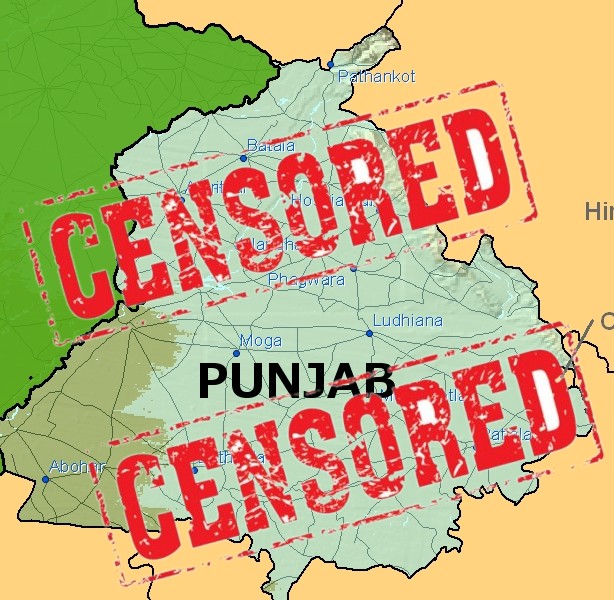 CHANDIGARH, PUNJAB (SNN) – Following in the footsteps of totalitarian governments like China and North Korea the Badal & Modi regimes plan to filter and censor internet access traffic in Punjab that would block websites, social media pages,  and news networks publishing material that is critical of the Badal family, the Punjab or Indian Government or promote the Sikh cause.

The government has cited that Sikh websites and social media pages operated outside of India are “spreading hatred and provoking youngsters to take the path of violence for the cause of Khalistan and other emotive religious issues.”

CONTROL OF NEWS AND INFORMATION

The Badals, already suffering from negative publicity and fearing further meltdown in the current crisis of public disenchantment  especially in regards to their handling of the desecration cases, and the cold-blooded murder of two protesting Sikhs, are attempting to strangle free speech and the flow of information inside Punjab so any future agitation promoting human rights, or Sikh National self-determination could be squashed behind the veil of “national security.”

The Facebook page for Sikh human rights organization ‘Sikhs for Justice’ has already been banned in India as it disclosed the systematic genocide of the Sikh community that took place in the 1980’s. The Punjab government is drawing up a list of sites and pages that would be blocked from view by the residents of Punjab.  Anyone promoting human rights or the Sikh cause is often labeled as an ‘extremist’ or a ‘radical’ by the Indian authorities and media.

“Social media is being misused by radicals and former Punjab terrorists living abroad and we have decided to crack down on their supporters here. Every bit of such content will be erased from the Net.”

There are reports that the State government in an Orwellian fashion is drawing up plans to persecute individuals who disseminate or possess such censored or “seditious” material in Punjab.

Additionally the Punjab Police has asked the central government to ban the UK based Sikh Channel and other video based broadcasts such as YouTube as they consider some of the content “seditious.”

Currently there are thousands of websites across the Internet that report on and expose the human rights violations, police atrocities, and discrimination that the Sikh minority has faced in Punjab and across India. Many of the same sites are heavily critical of the Badal family and the role they have played in suppressing the Sikh freedom struggle in Punjab.

Sukhbir Badal, who is regularly ridiculed on social networking sites, and often referred to “Sukha Amlee” (drug-addict Sukha), “kuttay da putt ” (son of a dog) or “Panthic dusht”  (enemy of the Sikh Panth), and other colorful epithets, is keen on suppressing any criticism of his ruling family which is famously known to use the notorious Punjab Police forces and underworld elements to silence his critics – yet find themselves helpless when it comes to the detractors outside their jurisdiction.