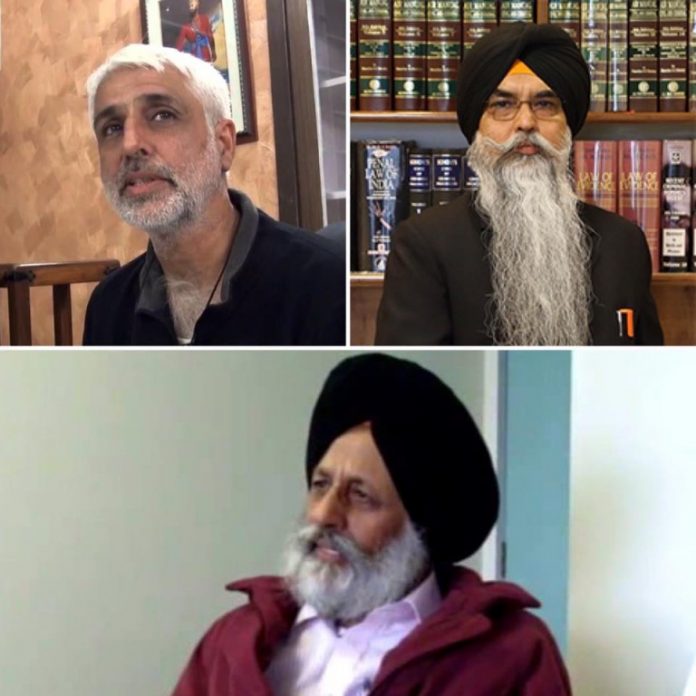 CHANDIGARH, PUNJAB – Several prominent human rights lawyers in Punjab expressed serious concern about Punjab Government’s highhanded overreach as it clamps down on Sikhs activists who are now being branded as anti-national elements. In a scathing press release issued by eminent Amar Singh Chahal, he pointed out the breakdown of the law and order situation in the State and the police excesses being imposed on the citizens of Punjab.ÿ

An emergent meeting of human rights lawyers from Punjab and Chandigarh was held on 15-11-2015 at Chandigarh which was presided by Sh. Amar Singh Chahal Advocate and attended by Sh. Brijinder Singh Sodhi, Navkiran Singh, Rajwinder Singh Bains, Tejinder Singh Sudan, Sukhbinder Singh Bawa, Manpreet Singh Chahal and Parminder Singh Advocates. The gathering took a very serious view of unconstitutional and illegal acts of state of Punjab by registering cases of sedition and hatred against the Sikh leaders who organized as they did nothing wrong by holding Sarbat Khalsa meet which was perfectly their democratic right and was held very peacefully.

The arrest of leaders firstly even under preventive steps then registration of cases of sedition and waging war against State was nothing but misuse of law, with the motive of perpetuating a family rule of Badals. We hold the Punjab Government is responsible for bringing the State of Punjab in state of breakdown, socially, economically and other aspects. It is a tragedy that the same Akali Government, who at one time were talking about a federal system of governance in the country are now themselves, invoking false cases of sedition and waging war against the citizens of Punjab who are fighting for their fundamental rights. We condemn the repressive actions of Punjab government and more especially the Badal family who are no leaving no stone un-turned to ensure to remain in power for their selfish ends.

It was also resolved we will give legal fight to these illegal act of State of Punjab by organizing lawyers through out the state of Punjab, so that effective legal representation can be provided to victims of state repression. We also appeal to the intelligentsia and more specially the Sikh leadership and masses to raise their voices against the injustice being meted out to the Sikhs and to democratically rise against the repressive measures being adopted by the state of Punjab.

The members also feel that the present Akali Government is proving to be as bad as Beant Singh?s government in the context of committing atrocities against the innocent Sikhs. The act of sacrilege of Sh. Guru Granth Sahib having taken place during the regime of so-called Panthic Government is unpardonable and the real culprits should be put to trial. Whereas innocent Sikhs who are adhering to the Sikh tenets of Sikhism are being falsely implicated, who were raising voice against the sacrilege.

We also demand that incident of police firing which took place in Kotkapura should be handed over to CBI or should be got inquired from a sitting High Court Judge, so guilty police officials could be identified and prosecuted.

We appeal to our lawyer brothers practicing in different districts of Punjab to join hands, so as to raise a strong voice against the repressive acts of Badal Government and to provide legal help to the victims of state high handedness.