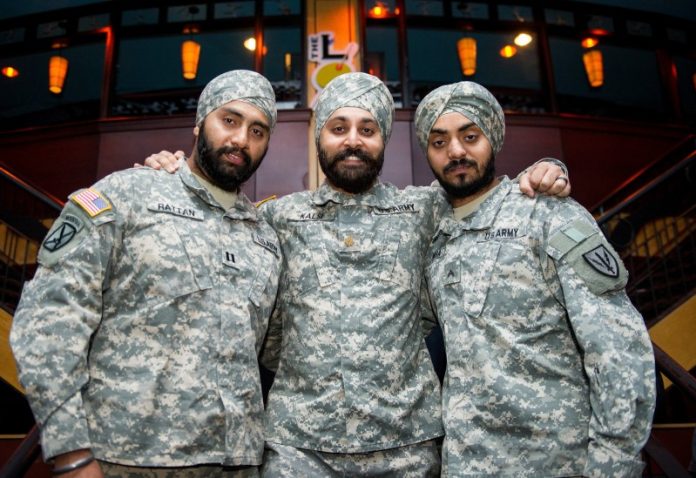 WASHINGTON, DC – A band of retired military leaders and religious advocates are rallying this Veterans Day to call for devout Sikhs be allowed to serve in the military while keeping their beards, unshorn hair, and turbans, which are worn for religious reasons.

Twenty-seven retired commanders from the Army, Air Force, Navy, and Marine Corps have signed a letter addressed to US Defense Secretary Ash Carter encouraging him to remove barriers that effectively prevent observant Sikhs to serve without being forced to violate their religious obligations or undergo a long exemption process.

“On Veterans Day, we honor Americans who have served our country, but it’s also a time to understand there are some Americans who still struggle for the basic right to serve,” retired US Army Lieutenant General Mark Hertling said in a statement.

The signatories of the letter called the military out for its “presumptive ban” on Sikhs. Imposed in 1981, the ban restricts service members from wearing articles of faith, citing “the importance of uniformity and adhering to standards,” although occasional exceptions have been made. But in the last six years, the military has made temporary accommodations for only three Sikhs.

While Sikhs are relatively rare in Western militaries, Canada’s new defense minister, Harjit Sajjan, is a decorated Sikh soldier who was applauded for his intelligence-gathering efforts in Afghanistan. He also patented a gas mask that was designed to fit over his beard and turban.