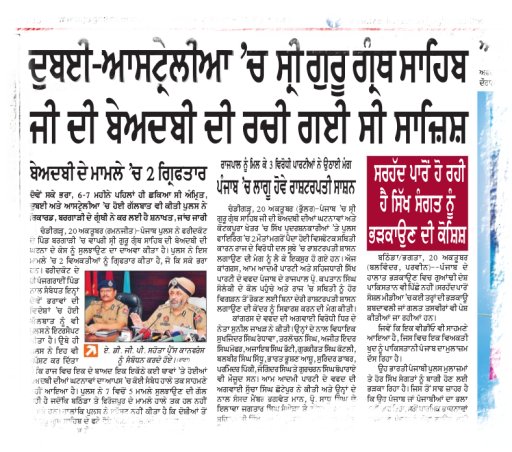 CANBERRA, AUSTRALIA (SNN) – After submitting a “dossier” to the British Government full of concocted allegations regarding the Sikh community in the UK, the Indian Government has now set its sights on the Australian Sikh community by putting them on scale with international terror groups.

It may be recalled that in October of 2015 two Sikh brothers, Rupinder Singh and Jaswinder Singh were arrested in connection with the Bargari based desecration incident when the Punjab Police and the Deputy Chief Minister, Sukhbir Badal, falsely alleged the brothers were being funded by “foreign” outfits based in Australia and Dubai.

The Australia and Dubai connection was flashed across national headlines in Indian newspapers and TV channels for many days to drum up fears of some “malicious conspiracy” by “foreign” elements inside Punjab.

Much to the embarrassment of the Punjab Government and Police, the charges against the Singh brothers including their “foreign funding” charges were dismissed by the Punjab courts due to lack of any evidence against them.

During that time Sikhs across the world protested against the arrests of brothers, and killing of two peaceful protesters by the Punjab Police.

In the coming weeks, hundreds of Sikh protesters, including the youth and the elderly and prominent journalists, were arrested across Punjab to suppress vocal opposition and free speech under the guise of “national security.”