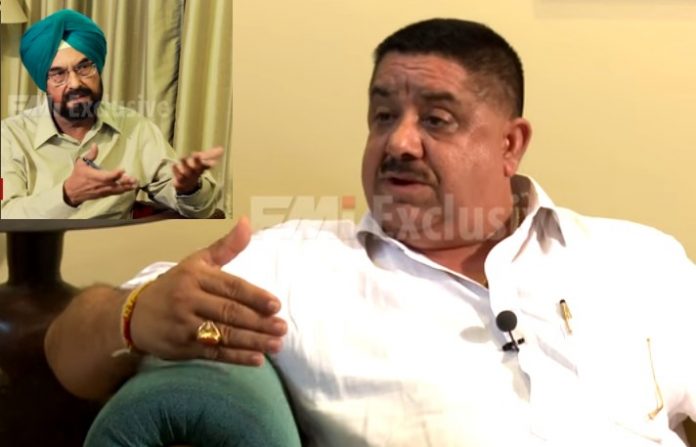 CHANDIGARH, PUNJAB (SNN) – Gurmeet Pinky the alleged Punjab Police informer,  police cat, has now decided to unravel and expose chilling details about the rampant human rights abuses and excesses committed by senior Punjab police officials during the turbulent 1980’s and 1990’s including first hand information on many fake encounters that were staged by the authorities with official impunity.

In a six part interview with noted TV journalist, Kanwar Sandhu that has also been published as the cover story December, 14th edition of Outlook magazine under the title “Confessions of a Killer Cop” is bound  to unravel further evidence on how thousands of Sikh youths were eliminated under the guise of fighting “militancy” or “extremism” by the Punjab and Indian security forces.

“In (the) name of fighting terrorism, utter falsehood was enacted day after day. Suspects were picked up in one place, taken to a second, kept in a third, and encounter shown in yet another place. What I have seen and was associated with would shock people.”  – Gurmeet Pinky

Gurmeet Pinky, a one time police constable and police informant, who was eventually found guilty of murdering Avtar Singh Gola, never served his full prison sentence.  Instead, he was prematurely released from prison and  re-instated into the Punjab Police ranks in May of 2015, but a court order later overturned the reinstatement.  Pinky has now filed an appeal for the reversal.

Pink stated that he has witnessed dozens of cases among the thousands of routine staged encounters and cremations committed by the Punjab Police.  Evidence of these inhumane tactics were once unearthed by human right’s activist Jaswant Singh Khalra.  In the videos, Pinky admitted that Khalra himself became a victim of this primitive lawlessness and eliminated on behest of the Punjab’s DGP KP Gill.

Pinky claims that he plans to reveal many more dark secrets about Punjab police atrocities in an upcoming book but expressed concern that his life was in danger for speaking out and divulging these hidden truths. He stated that what he divulged so far is only 5% of what has actually occurred,  the remaining 95% would be eventually revealed in due time.