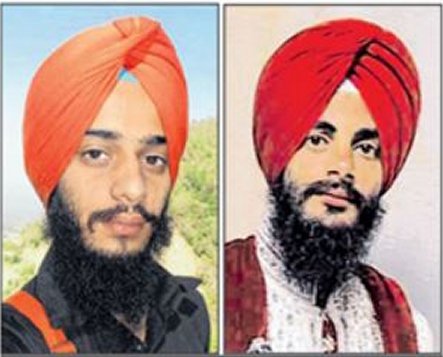 MELBOURNE, AUSTRALIA (SNN) –  The Sikh individuals who were identified by the Punjab authorities as the unnamed ‘foreign hands’ that were somehow involved in a ‘sinister’ plot of funding the desecration of Sri Granth Sahib in Punjab approached the international media to set the record straight regarding the fabricated concoctions  of the Punjab authorities.

Sukhjit Singh Deol, a resident of Melbourne, appearing live on the Quami-Awaaz radio station, told that he had sent $1000 to Rupinder Singh, who is being falsely implicated in a desecration case, for his medical treated as Rupinder Singh had been seriously wounded at one of the Kotakpura  and Behbal Kalan protests and was being treated for a spinal fracture.

Sukhjit Singh was shocked to see his telephone number published in media reports after the Punjab Police in an sensational press conference declared when Sukhbir Badal declared they had ‘cracked the beadbi case wide open’ with and put forth an edited audio recording and transcript between Rupinder Singh and two unnamed individuals as evidence of an overseas “sinister” plot to create upheaval in Punjab.

The Badal Government also frantically put forth claims that they had evidence of involvement by Khalistani elements abroad and the Pakistani Inter-Services Intelligence (ISI), yet failed to provide any substantiation for such far-fetched claims.