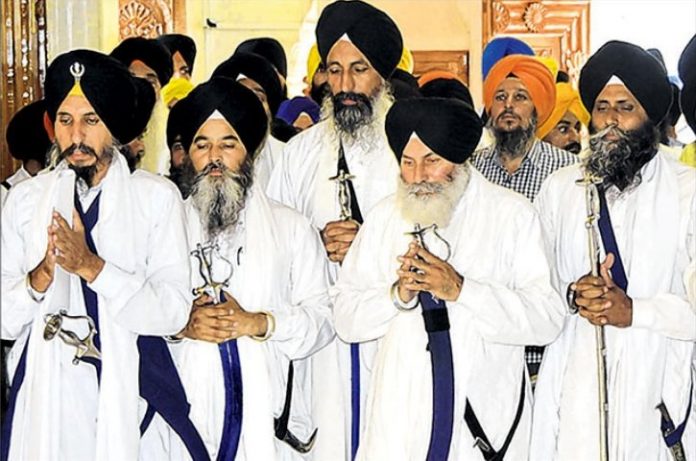 Due to their non-appearance, the Panch, following the century’s old Panch Pardhani tradition of the Khalsa Panth, declared the 5 offenders unit for as Jathedars, and instructed the Shiromani Gurdwara Parbandhak Committee (SGPC) to discharge the offenders from their duties and not allow them to perform any official duties in any capacity.

The decision by the Panj Piarays greetings with resounding sounds of Jaikarays from the large crowd who had gathered to hear this critical decision.

The original notice given by the Panj Piarays on October 21st to the discharged priests was as follows: