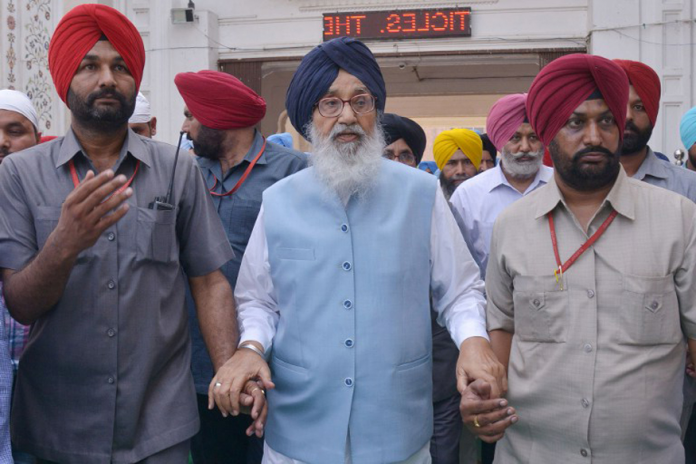 FARIDKOT, PUNJAB (SNN) – Seeming desperate, and paralyzed from fear and public resentment the Punjab Government has deployed the Border Security Force (BSF) along with the Paramilitary forces that arrived last week.

Badal Akali Dal and SGPC members have become the targets of public anger over for their inaction in preventing the desecration of Guru Granth Sahib Ji since June 2015, and the brutal attack on peaceful protestors which took the lives of two Sikhs.

Public anger continues to simmer at the authorities who, instead of apprehending the real perpetrators of the sacrileges, have been arresting innocent youths under fabricated cases to detract the public’s attention.   However, the public has not willing to accept the Badal Government concocted stories of some evil ISI-Khalistani nexus behind the desecrations.

Sikh organizations came together yesterday in unity to show their support for the two brothers, Rupinder Singh and Jaswinder Singh who have been falsely  charged for the Bragari beadbi incidents .

The Sikh protestors, raised slogans against the Akali-BJP combine and demanded the release of both of the innocent youths who have been made scapegoats by the ruling government.

Nambardar Atma Singh, panch Dilbagh Singh and current and former sarpanches from adjoining villages joined the protests to express solidarity that the youths.  They later  marched towards Faridkot to hand over a memorandum to the Deputy Commissioner for the release of the youths.