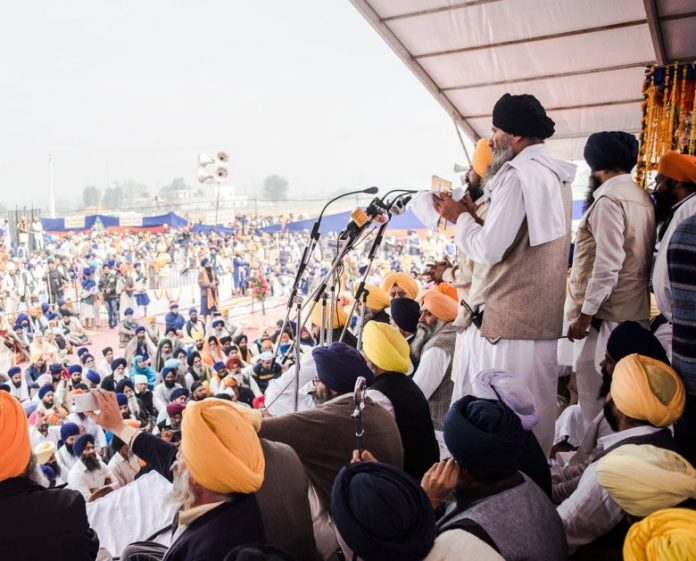 AMRITSAR SAHIB, PUNJAB (SNN) – The Punjab Government has now decided to go after the organizers, speakers, and foreign attendees of the November 10th Sikh conclave at Chabba, Amritsar and charge them under multiple violations of the Indian Penal Code (IPC), Central Government Act, Unlawful Activities Prevention Act (UAPA), and Cyber Terrorism under the Information Technology Act.

In an FIR (First Information Report) file at the Chatiwind Police Station in Amritsar, the FIR alleges that the aim of November 10th gathering at Chabba was to “cause disunity and disintegration of the country”, “spread hatred and communalism.”

Additionally, Papalpreet Singh Mararee (General Secretary of the Sikh Youth Front) is mentioned as having read a message written by the “dangerous extremist” Narain Singh Chaurra that is associated with the “extremist organization Babbar Khalsa.”

Sardar Simranjeet Singh was initially arrested on November 11th and released afterwards due to health concerns.ÿ Meanwhile Bhai Amrik Singh Ajnala, Dhian Singh Mand, Baljeet Singh Daduwal, and reportedly up to 100 individuals have been detained in a police sweep throughout Punjab.