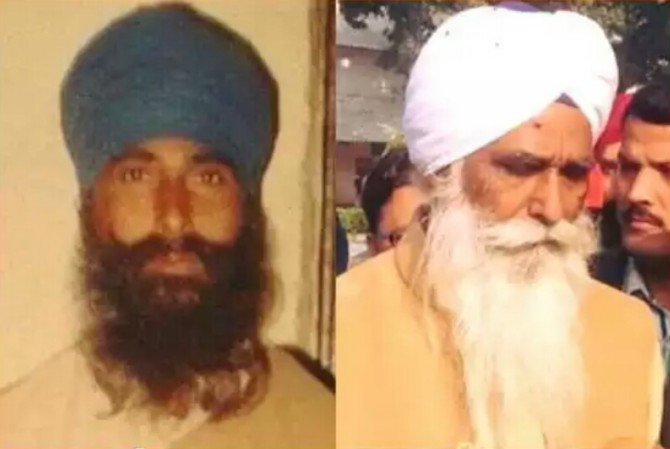 UTTAR PARDESH (SNN) –  Bhai Waryam Singh, the elderly Sikh political prisoner who has been incarcerated since 1990 has being granted a 60 day conditional parole by the Uttar Pardesh government which could be extended depending on circumstances.

Bhai Waryam Singh was released from Barelli Central Prison in Uttar Pardesh (UP) after spending a quarter of a century behind bars under the outdated TADA decrees enacted during the 1980s and 1990s.

Punjab based Human Rights Advocate and Lawyer Jaspal Singh Manjhpur stated that it was the Uttar Pardes and the Home Ministry that worked towards the release of Waryam Singh and the Akali-Dal led Punjab government did not play any part in his release.

Bhai Waryam Singh, who was born in village Bari Bara, District Shahjahanpur in Uttar Pradesh has never been out on parole since his arrest in 1990.   According to his son Jaswinder Singh, two other individuals, Wassan Singh and Major Singh were also incarcerated under TADA with Bhai Waryam Singh, unfortunately Wassan Singh passed away while in prison, but Major Singh was released in 2013.   Jaswinder Singh was only five when his father was arrested 25 years ago.

According to news reports, Mulayam Singh Yadav”s UP government recommended Waryam Singh”s release due to his good conduct. Case for his release was further expedited by Balwant Singh Ramoowalia the newly appointed Minister for Prisons in Uttar Pardesh.  However, it is anticipated that the Punjab Akali Government will attempt to claim credit and make political mileage out of Bhai Waryam Singh’s parole release.

Ramoowalia recently resigned from the Akali Dal in Punjab and joined Mulayam Singh Yadav”s Samajwadi Party government cabinet in November of 2015 and has promised to review any other cases similar to Bhai Waryam Singh’s.