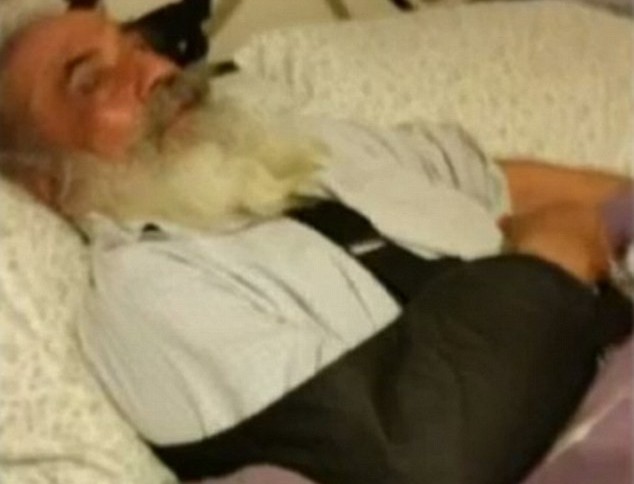 FRESNO, CA (SNN) – Police are investigating the vicious attack on an elderly Sikh man in Fresno, California who was hit by a vehicle and assaulted by two men on his way to work as a hate crime.

The turbaned 68-year old Amrik Singh Bal was walking alongside Brunswick Avenue in Fresno Saturday morning when two young men stopped their dark-colored compact car and began shouting obscenities at him.
Amrik Singh attempted to ignore the insults and walk away from the men by crossing the street, but the driver backed up his car and rammed Singh with his rear bumper.

The men then attacked the elderly man in the middle of the street and yelled ?Why are you here?? and repeatedly hit him multiple times.  The victim suffered a broken collarbone and cuts to his nose and hand, and treated at a nearby hospital – he is currently recuperating at home from the injuries.

Sikhs have frequently been mistaken for Muslims and have been targeted in similar attacks since the Sept. 11, 2001.

?We’re not going to spare any resources to identify who these individuals are and bring them to justice.? – Fresno Police Chief Jerry Dyer

?This is the latest episode of what Sikhs have been enduring when they are very peace-loving and hard-working citizens of this great country and not members of Al-Qaeda or ISIS or any other radical group,? said Ike Iqbal S. Grewal, of the Sikh Council of Central California.

Fresno Police Chief Jerry Dyer vowed ?We’re not going to spare any resources to identify who these individuals are and bring them to justice.?

According to the Los Angeles Times, the attackers have been described as two men between 20 and 25 years old. One man was between 5-foot-10 and 5-foot-11 with a skinny build and no facial hair; he wore a dark waist-length jacket. The second man was the same height but was heavy set, possibly with a beard, and wore a dark-colored hoodie.

Harsimran Kaur, legal director of the Sikh Coalition, which provides legal representation for victims of discrimination and attacks, said ?It’s definitely a hostile time, a scary time,” she said. “The Paris and San Bernardino attacks, as well as all of this rhetoric by politicians about Islamophobia and xenophobia – all these incidents have emboldened people who feel biases to act out.”

Police are asking anyone with more information to call Crime Stoppers at 498-STOP.