Turbaned Sikh along with other Asians Who were Ejected from Toronto to New York Bound Flight Sue American Airlines, Republic Airways in US Federal Court 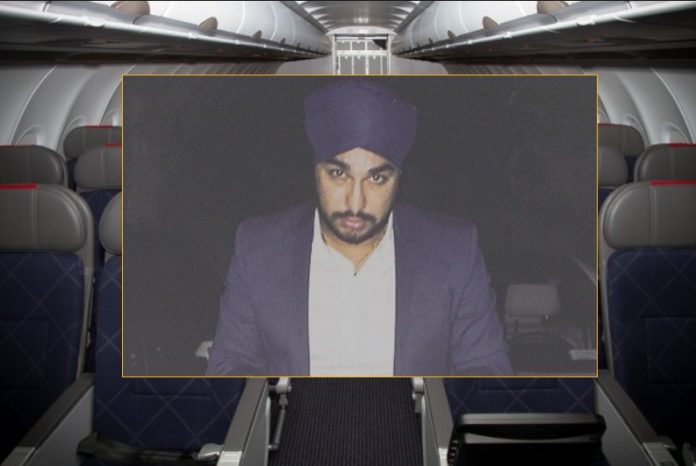 NEW YORK, NY (SNN) –  Several men of Asian origin including a turbaned Sikh were removed from an American Airlines flight from Toronto in December of 2015 as the flight crew felt ?uneasy? about their appearance.

According to the lawsuit filed in US Federal Courts, the four friends, three of them Muslims, and the fourth a Sikh, Shan Singh Anand, were ejected off from their flight from Toronto to New York?s La Guardia Airport after the flight crew decided they were uncomfortable having them on board as passengers.

The $9 million federal lawsuit states that American Airlines (AA) and Republic Airways, which operated the flight under AA’s marque ?disgracefully engaged in discrimination after staff removed the friends from flight 44718 from Toronto to New York last month based upon their perceived race, color, and ethnicity.?

According to Shan Singh Anand, who works as a personal banker, the gate agent had told them after being kicked off their original flight that they could only board on a flight if the captain and crew of the flight would agree to let them on board, and this was protocol?

CNN stated that ?It was only after the plane took off that an airline agent told the men they could not board because the crew members, and specifically the captain, felt uneasy and uncomfortable with their presence on the flight and as such, refused to fly unless they were removed from the flight.”

“No law enforcement personnel neither were ever involved in the incident,  however after consultation with the flight crew of the next flight to New York, the four were allowed to return back home, raising further questions about the original flight crew handled the situation.”

CNN further stated that one of the ejected men ?was encouraged by the captain of the second flight, the one he was allowed to board with his three friends, to speak up about the incident.?

“The captain told me we shouldn’t let this pass over. It’s not right, it’s discriminating. He said, if I was you, I wouldn’t let this go,” stated one of the men, identified only as W.H. by CNN.

Press reports indicate that no law enforcement personnel neither were ever involved in the incident nor were the ejected men were ever causing any disturbance, however after consultation with the flight crew of the next flight to New York, the four were allowed to return back home, raising further questions about the original flight crew handled the situation.

American Airlines declined to comment on the incident stating they did not have full details of the lawsuit filed in the Federal Courts.