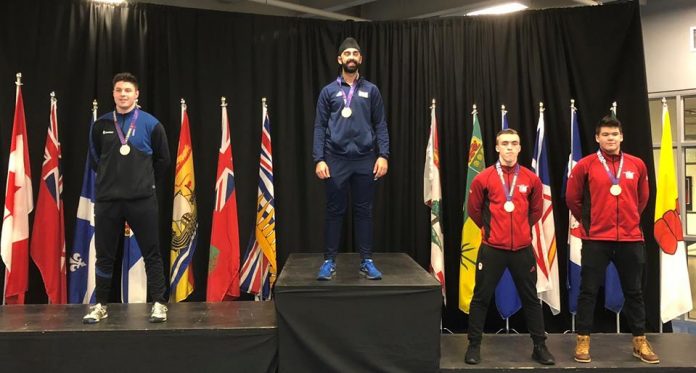 Ottawa – The World Sikh Organization of Canada welcomes the World Karate Federation (WKF) accommodation of religiously mandated headwear for male competitors. Prior to the change, only female athletes were permitted to wear head coverings. The rule change, coming into effect on January 1, 2019, will allow all Sikh competitors across the world to wear religious head-coverings while competing.
The WKF has announced that it has approved a new version of its rules which allows all athletes to wear plain black head coverings during competition for religious reasons. The WSO had worked with Karate Canada to advocate for the rule change at the international level.

The WSO first approached the WKF in 2014, requesting an accommodation for Sikh religious head-coverings, however no response was received.

In 2016, Jaikaran Singh Sanghera, a Sikh member of Karate British Columbia, was in Croatia to compete at a WKF Youth Cup tournament but was told that he could not compete with his patka or small turban. Based on a direct appeal made by Karate Canada President, Craig Vokey, and Team Canada coaches to WKF officials at the tournament, Jai was granted an exemption that allowed him to compete at that event.

When contacted by the Sanghera family, the WSO, in cooperation with Karate Canada, advocated for a change to the WKF rules to allow for the wearing of religious head gear for male competitors. The WSO prepared a brief that was submitted to the WKF, along with submissions by Karate Canada, on the significance and importance of the turban in the Sikh faith as well as accommodation policies in international federations for football (FIFA) and basketball (FIBA). Karate Canada’s submissions included support from the Honourable Kirsty Duncan, Minister of Science and Sport, Sport Canada, the Canadian Olympic Committee President Tricia Smith, Karate British Columbia, and many individual members of the Karate Canada Community who wrote letters of support on behalf of Jaikaran.
The new version of the WKF rules now read, “Competitors may use WKF approved religiously mandated head-wear: A black plain fabric head scarf covering the hair, but not the throat area.”

Jaikaran Singh Sanghera said today, “as a proud Sikh, it was never an option for me to compete without my head covering, so I was very passionate that this rule change be adopted so that no Sikh male would ever again face this barrier on the wold stage of karate. I am very pleased that we were able to champion the rule change, under the leadership of Karate Canada and WSO, with the support of the Government of Canada and all those who provided letters of support. The joint leadership on this cause is fitting given that advocating for equality is common to Sikhs and Canadians. I am thankful to the WKF for making the sport of karate more inclusive and for allowing athletes like me to compete with dignity.”

WSO President Mukbhir Singh said today, “we welcome the World Karate Federation’s rule change now allowing both male and female competitors to wear religious head-coverings. Sikh competitors were being unfairly forced to choose between their sport and their faith. There is a growing number of Sikhs in Canada, and across the world who are taking an interest in Karate and competing in tournaments- this news is a welcome change for them. Canada is a leader in the field of human rights, inclusion and equity and so it is fitting that it was Canada that lead the charge to secure this accommodation for competitors across the world. We are thankful to Karate Canada for their strong support on this matter and to the Sanghera family for their initiative in making this rule change possible.”

The World Sikh Organization of Canada (WSO) is a non-profit organization with a mandate to promote and protect the interests of Canadian Sikhs as well as to promote and advocate for the protection of human rights for all individuals, irrespective of race, religion, gender, ethnicity, and social and economic status.