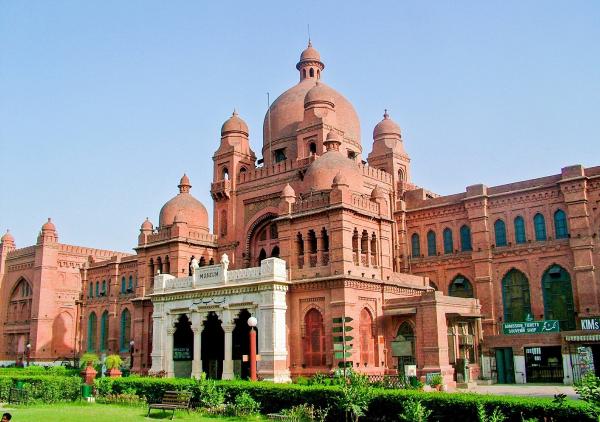 “In connection with the 550th birth anniversary of Guru Nanak Dev, Lahore Museum is organising its first-ever Sikh exhibition.”

Islamabad: A first-ever Sikh exhibition is currently on display at the Lahore Museum which has been organised in connection with the 550th birth anniversary of Guru Nanak dev, the founder of Sikhism, a media report said.

A large number of members of the Sikh community from India, the US, UK and Canada visited the exhibition after it was inaugurated by museum Director Tariq Mahmood on Tuesday, The Express Tribune reported.

The most important item on display is the “Palki” which was donated by Sikh Sanghat (Gurdwara Parbandhak) to the Lahore Museum. The museum’s authority has displayed the holy scripture of Sikhism called Guru Granth Sahib on the Palki in the middle of the gallery.

Javed said that the Lahore Museum is a rich repository of Sikh art.

“There are multidimensional collections. For instance, paintings, coins, shawls, furniture, weapons and costumes of Sikh nobility are on display at the exhibition.”

The exhibition will conclude on September 30.