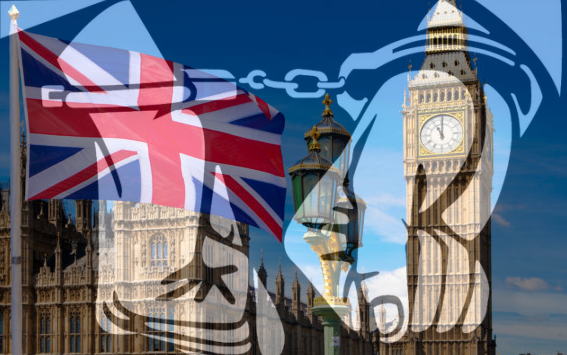 LONDON, UK – Three British Sikhs were arrested and put up for extradition to India by the UK Home Office, where they could face the death penalty.

The arrests were made in the early hours of 21 December. The three Sikh men (who we will not name) had their homes raided by West Midlands Police based on extradition warrants issued on behalf of India “signed by the UK home secretary” Priti Patel.

The news was broken by community group Sikh Youth UK, whom are helping the families involved during this period. The group released the following statement yesterday (23 December) evening:

“On Monday 21st December 2020 at 5.30am, 3 UK born Sikh who are British Citizens from the West Midlands were arrested with the intention to EXTRADITED to India.

The Modi government of India has sought the Extradition of these 3 Sikhs and the extradition papers have already been signed by the UK home secretary on the 17th December after the UK made a trade deal with India during their recent visit.

All 3 Sikhs appeared at West Minister Court on the same day where the judge confirmed that the penalty for the alleged crime would carry the death sentence in India.

All 3 Sikhs will fight the Extradition to India. The motives behind the extradition being exercised in the UK are believed to be sinister and politically motivated.

The UK government has for the first time signed and executed a warrant to extradite British Sikhs as the behest of the Indian government and have set a dangerous precedent.
The decision to exercise this warrant will have massive implications impacting on Sikhs living in the UK for generations.

The 3 Gursikhs who are now fighting Extradition have lived all their lives in the UK and will fight to remain in the UK with their families.”

The men, all of whom are under 40, married with children and were born and raised in England, were taken to London’s Westminster Magistrate court after the arrests, where UK extradition hearings take place. The trio are currently home under strict conditions after being forced to pay bail fees or be forced to remain in category B prisons. Further hearings are pending as they fight the extradition.

The arrests relate to the 2009 murder of Rulda Singh, a senior member of the notorious right-wing nationalist Hindutva extremist group the RSS (Rashtriya Swayamsevak Sangh), who was shot in Patiala, Punjab and died a week after the attack. The RSS have been described by Western media as “a violent right-wing organization that promotes Hindu supremacy” but remain a prominent group of influence in India. Prime Minister Narendra Modi has a long history in the RSS, a group that are linked with the assassination of Mahatma Gandhi.

According to the legal team of those arrested, the extradition warrants were signed by Home Secretary Priti Patel whilst her Conservative Party colleague Foreign Secretary Dominic Raab was still in India for discussion with Indian officials on an “Enhanced Trade Partnership”. The arrests came just days after Raab had returned from the visit. Priti Patel, of Hindu Gujarati background just like Modi, has openly declared her support for the RSS and their role in Modi’s “vision for success”.

The RSS are known for their alleged involvement in not just religiously incited crimes against minorities, but also known to be involved in India’s seedy underworld of crime. In 2017 a notorious underworld figure of Punjab confessed to killing an RSS leader, even saying the crime “shouldn’t be linked to religion”. The accusations of the British Sikh men’s involvement in the killing of this RSS figure have previously been investigated by British authorities. Previously these investigations have led to nothing of substance found in the case against the men. It remains unclear why accusations about this 11-year-old crime have now been acted upon by the UK authorities, led by Home Secretary Priti Patel.

Many in the Sikh community are concerned about the push for extradition, as it is believed this unprecedented move against British Sikhs could leave possibly thousands more Sikhs left vulnerable to extradition based on activism against human rights abuses in India and the subsequent criminalisation of Sikh dissent by the Indian state. Many believe a fair trial in India is impossible for Sikhs, with the example of Jagtar (“Jaggi”) Singh Johal given. The Scottish Sikh has currently spent over three years arbitrarily detained in India, without any progress in his trial, despite claims by Punjab Chief Minister Captain Amarinder that the killings of two RSS figures were now solved due to his arrest in November 2017.

The case of Balbir Singh, the highly respected Sikh community figure that founded humanitarian charity Sikh Relief, also leaves questions as to the ethics of agreeing to extradite the Sikh men to India. In 1999 Balbir Singh, a British citizen, was arrested in India and linked to terror related offences. After nearly three years of imprisonment, evidence against Balbir Singh was finally presented in court, only for the case to immediately fall apart, with the presiding judge calling the charges against him “a balloon of falsehoods”.

Both Jaggi and Balbir reported being tortured by police during their incarcerations, which India’s police are notorious for. Questions are being raised about both the ethics and legality of the Home Office allowing the extradition of Brits to a country where the judicial process is viewed by many as flawed, where torture is commonplace and the death penalty may be enforced.

In a statement shared exclusively with The Sikh Press Association, the family said:

“We are in chardi kala (ever rising spirits) and will fight the extradition to hindustan with the help of the Panth (Sikh path/community). We thank Satguru Sri Guru Granth Sahib Ji Maharaj for all their blessings and the Sadh Sangat (Holy Sikh congregation) for their continuing support in this matter.”